Just returning from several days with 3 clay artists who are some of my closest friends.  We share a huge love for all things clay; always make wonderful meals together; and share our lives.  Each of us come to clay from different beginnings and have different focuses. Over the years, we have learned each other’s strengths and weaknesses.  They don’t matter to us.  We have a strong bond. 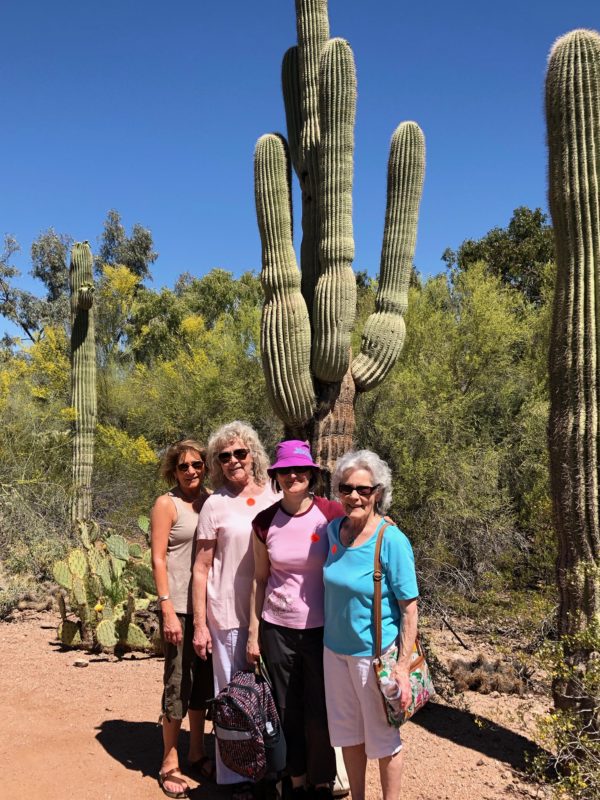 It’s very interesting.  I believe that each of us are very strong women.  Of course, we have had our trials.  We began careers in different fields:  English Literature; Financial Aid Services for Students; Accounting/Investments; and Engineering. Creativity played a huge role in developing the women that we are today.  (Sorry for the soapbox).  This week, I am organizing a student art show for our downtown shopping district.  It’s a fun project.  Several artists assist in selecting the art for the show.  It’s a tough job because there are so many fabulous pieces.

An interesting article from the NY Times talks about the importance of art in the schools.  At this time of year, I can’t help but think that these creative young people will be the next problem solvers for our communities.  It’s really important to provide opportunities for them to grow as people, in a variety of ways. 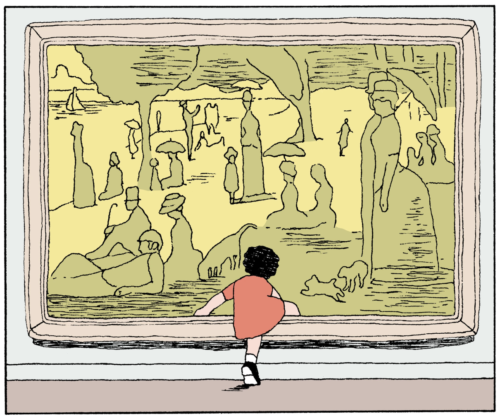 FOR many education advocates, the arts are a panacea: They supposedly increase test scores, generate social responsibility and turn around failing schools. Most of the supporting evidence, though, does little more than establish correlations between exposure to the arts and certain outcomes. Research that demonstrates a causal relationship has been virtually nonexistent.

A few years ago, however, we had a rare opportunity to explore such relationships when the Crystal Bridges Museum of American Art opened in Bentonville, Ark. Through a large-scale, random-assignment study of school tours to the museum, we were able to determine that strong causal relationships do in fact exist between arts education and a range of desirable outcomes.

Students who, by lottery, were selected to visit the museum on a field trip demonstrated stronger critical thinking skills, displayed higher levels of social tolerance, exhibited greater historical empathy and developed a taste for art museums and cultural institutions.

Crystal Bridges, which opened in November 2011, was founded by Alice Walton, the daughter of Sam Walton, the founder of Walmart. It is impressive, with 50,000 square feet of gallery space and an endowment of more than $800 million.

Thanks to a generous private gift, the museum has a program that allows school groups to visit at no cost to students or schools.

Before the opening, we were contacted by the museum’s education department. They recognized that the opening of a major museum in an area that had never had one before was an unusual event that ought to be studied. But they also had a problem. Because the school tours were being offered free, in an area where most children had very little prior exposure to cultural institutions, demand for visits far exceeded available slots. In the first year alone, the museum received applications from 525 school groups requesting tours for more than 38,000 students.

As social scientists, we knew exactly how to solve this problem. We partnered with the museum and conducted a lottery to fill the available slots. By randomly assigning school tours, we were able to allocate spots fairly. Doing so also created a natural experiment to study the effects of museum visits on students, the results of which we published in the journals Education Next and Educational Researcher.

Over the course of the following year, nearly 11,000 students and almost 500 teachers participated in our study, roughly half of whom had been selected by lottery to visit the museum. Applicant groups who won the lottery constituted our treatment group, while those who did not win an immediate tour served as our control group.

Several weeks after the students in the treatment group visited the museum, we administered surveys to all of the students. The surveys included multiple items that assessed knowledge about art, as well as measures of tolerance, historical empathy and sustained interest in visiting art museums and other cultural institutions. We also asked them to write an essay in response to a work of art that was unfamiliar to them.

These essays were then coded using a critical-thinking-skills assessment program developed by researchers working with the Isabella Stewart Gardner Museum in Boston.

Further, we directly measured whether students are more likely to return to Crystal Bridges as a result of going on a school tour. Students who participated in the study were given a coupon that gave them and their families free entry to a special exhibit at the museum. The coupons were coded so that we could determine the group to which students belonged. Students in the treatment group were 18 percent more likely to attend the exhibit than students in the control group.

Moreover, most of the benefits we observed are significantly larger for minority students, low-income students and students from rural schools — typically two to three times larger than for white, middle-class, suburban students — owing perhaps to the fact that the tour was the first time they had visited an art museum.

Further research is needed to determine what exactly about the museum-going experience determines the strength of the outcomes. How important is the structure of the tour? The size of the group? The type of art presented?

Clearly, however, we can conclude that visiting an art museum exposes students to a diversity of ideas that challenge them with different perspectives on the human condition. Expanding access to art, whether through programs in schools or through visits to area museums and galleries, should be a central part of any school’s curriculum.

Brian Kisida is a senior research associate and Jay P. Greene is a professor of education reform at the University of Arkansas. Daniel H. Bowen is a postdoctoral fellow at the Kinder Institute of Rice University.

A version of this article appears in print on Nov. 23, 2013, on Page SR12 of the New York edition with the headline: Art Makes You Smart. Order Reprints | Today’s Paper | Subscribe

Visit our High School Show.  I think you will be amazed by the talent of our students.  Take care, C2