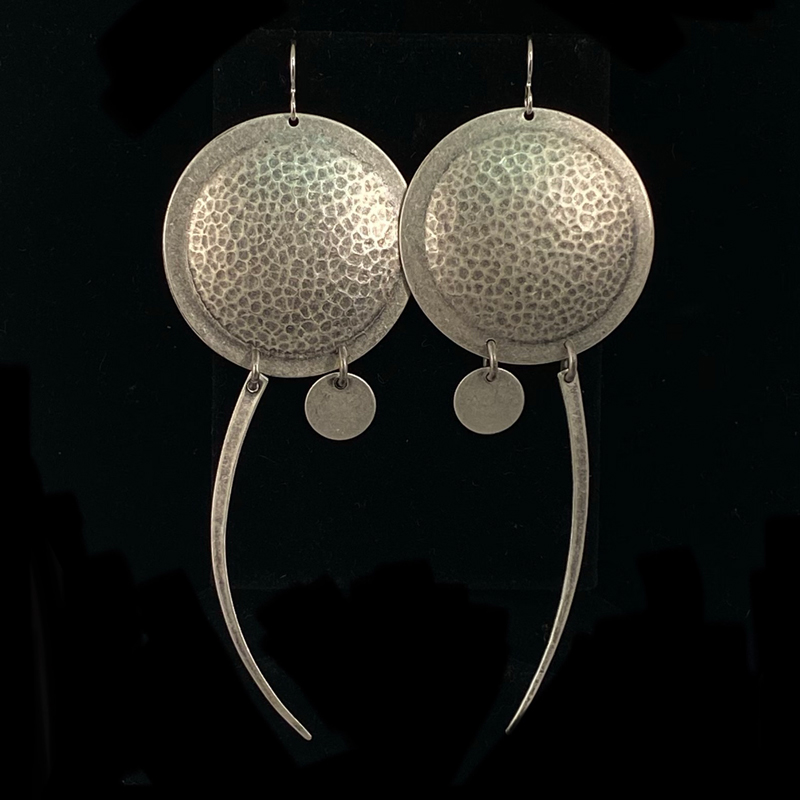 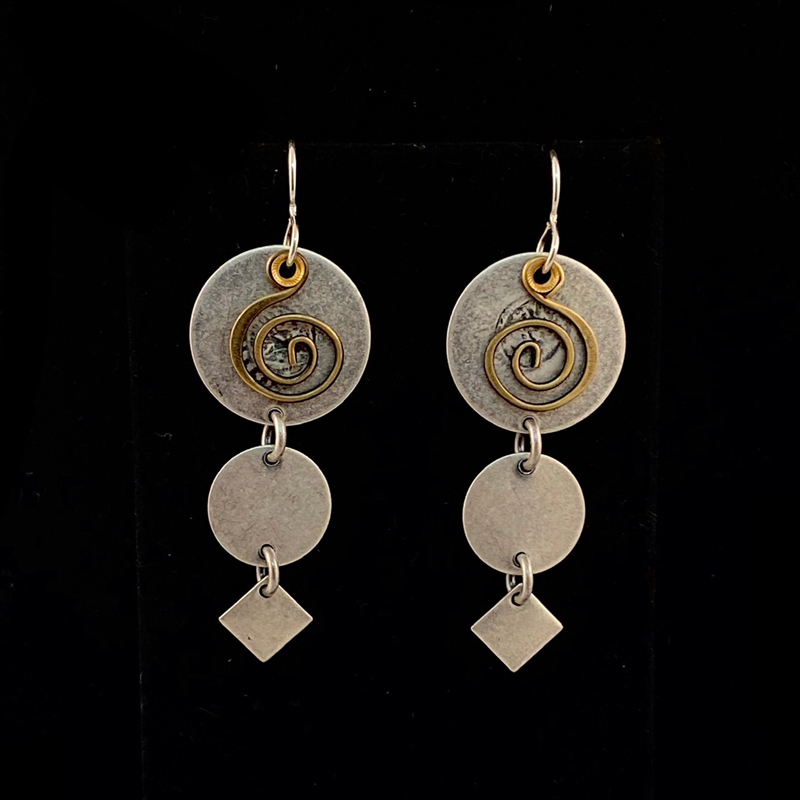 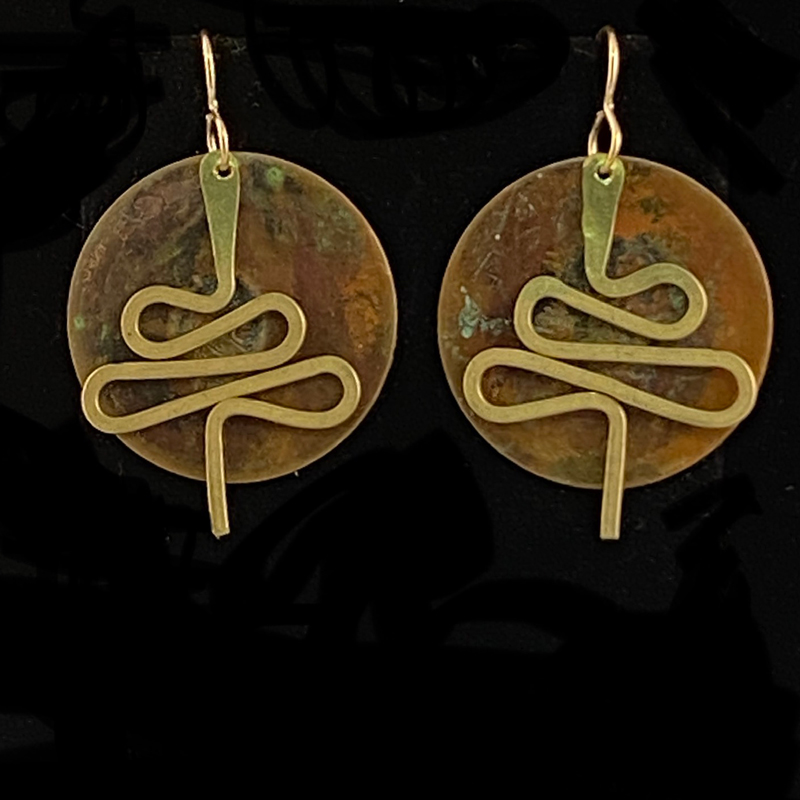 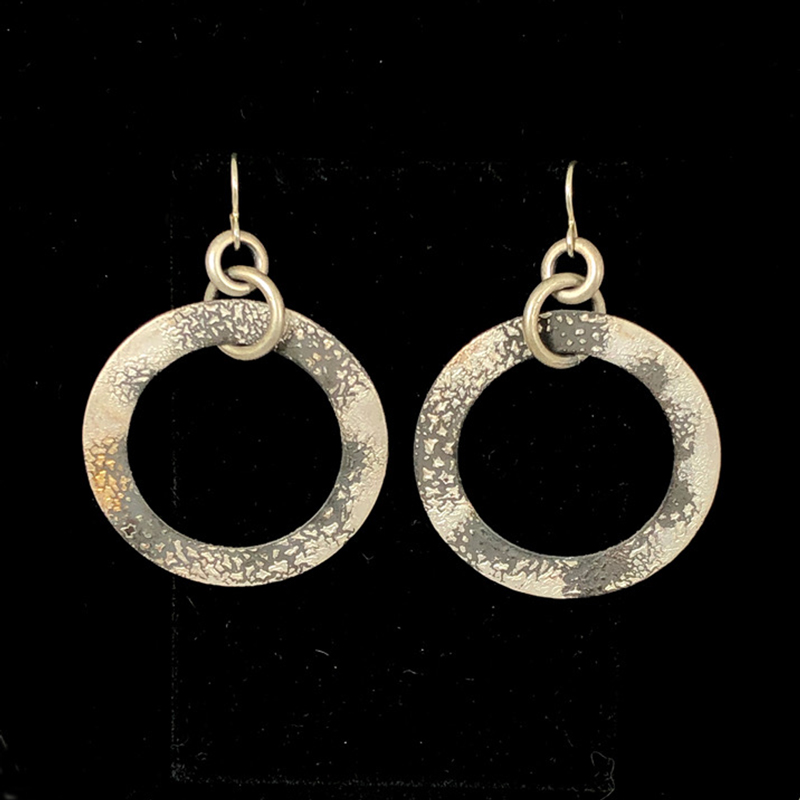 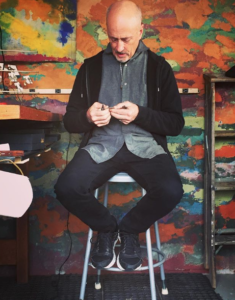 Lochlin Smith is a well known New England artist focused on making hand-fabricated jewelry.  Both of his parents were artists, making it easier for him to do the same.

In 1972, he left the intensity of New York City and moved to Vermont. He set up a studio in an old barn focusing on sculpture and painting. After a few years, he found himself designing jewelry. He twisted, torched, pounded, and shaped bronze rods and sheets into unusual, one-of-a-kind earrings, bracelets, pins, and necklaces.

Lochlin draws inspiration from his own Celtic ancestry, as well a from Aztec, Egyptian, and aboriginal artisans – reinterpreting, never copying, the visions of these ancient masters. The natural world has always captured and held his imagination as well, as evidenced by the organic twists and turns of the pliant metal.