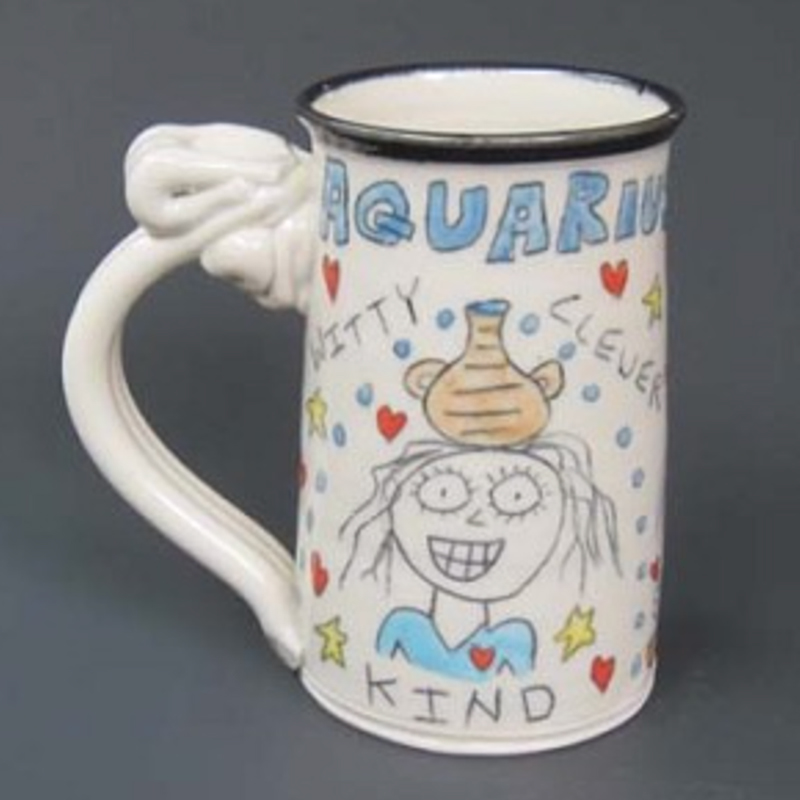 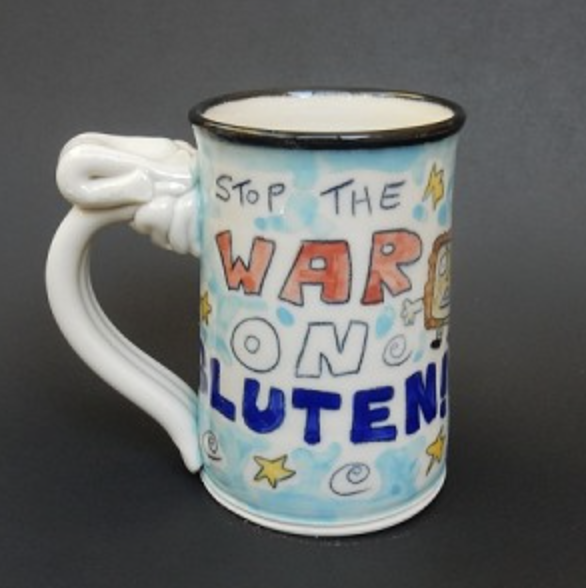 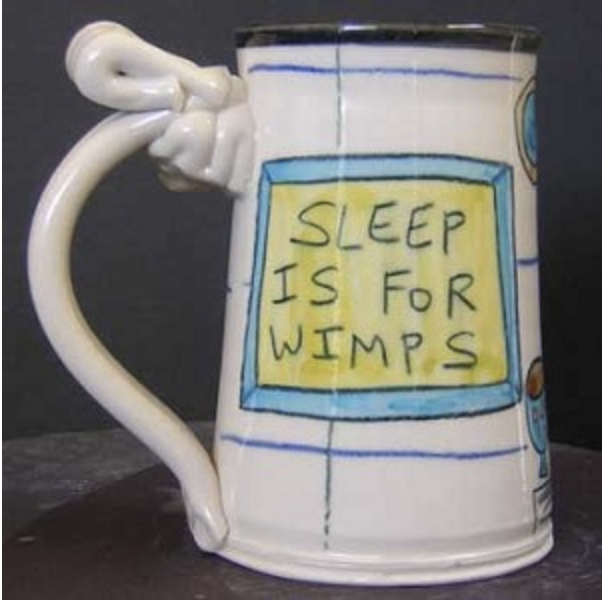 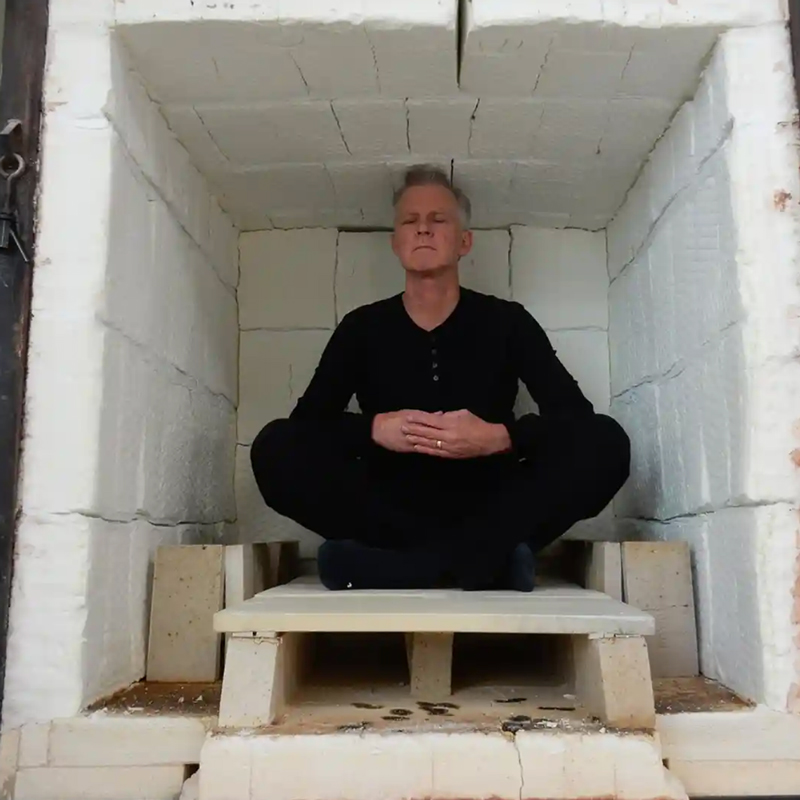 Tom Edwards (Pottery) has the imagination and the ability to put life’s issues and current events into hysterical perspective.  Whether it is a child going off to college or those life events that we can all relate to, Tom has the ability to capture our silliness and make us laugh about it.

Tom’s work is sold throughout the country and he is a full-time potter, and certainly a full-time wit.  Start your day with his funny and irreverent characters; they are sure to make you smile.

Edwards’ well-known character Wally the dog appears on many of the mugs.  Wally can get himself into wild situations and holds forth with his own brand of wit.

Tom’s daughter is Seattle recording artist Lisa Prank, whose debut album “Adult Teen” made Rolling Stone critic Rob Sheffield’s 2016 top twenty albums of the year. In 2018, Lisa got into an epic twitter battle with Elon Musk over Tom’s copyright complaint with Tesla Motors. The car company had stolen Tom’s farting unicorn graphic put it in the operating systems for their cars without his permission. The resulting media storm “encouraged” Tesla to pay Tom for handsomely for his artwork and the Edwards family spent Christmas in Hawaii. Lisa Prank’s new album, “Perfect Love Song” will be released in October 2019.